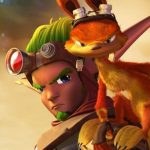 We all know Tom Holland has a penchant for letting things slip, and so when he was talking about how he’d like to be involved in an adaptation of popular videogame Jak and Daxter, only one produced by A24, we just took it for filler as he promoted the imminent release of Uncharted. However, that […]