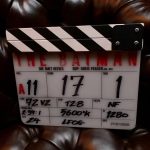 After much anticipation, director Matt Reeves has officially announced over Twitter that The Batman has commenced production in London, with the filmmaker sharing an early look at the movie’s logo. This new Batman film will be a separate instalment from DC’s previous iteration with Ben Affleck in the role. Like Christopher Nolan’s first Batman movie, it […]