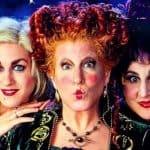 EJ Moreno revisits the Halloween classic Hocus Pocus… To celebrate Hocus Pocus‘ return to the box office – truly something only 2020 could bring us – I wanted to take a look at the Disney Halloween classic. While it’s hard to call a film from 1993 that currently sits around 37% on Rotten Tomatoes, a […]

Disney has released a poster and teaser for the upcoming fantasy musical sequel Descendants 2 which sees director Kenny Ortega reuniting with returning cast members Dove Cameron, Cameron Boyce, Booboo Stewart, Sofia Carson, and Mitchell Hope; check them out below… The story deepens in the music-driven sequel to the global smash hit “Descendants,” as the teenage […]

Coinciding with the 40th anniversary of the movie adaptation, Fox has announced that it is remaking the cult classic The Rocky Horror Picture Show with a two-hour taped event special, which is being developed by Kenny Ortega (High School Musical, Michael Jackson’s This Is It). Deadline reports that the tentatively titled The Rocky Horror Picture […]