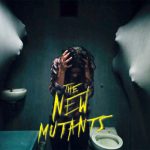 The New Mutants screenwriter Knate Lee recently spoke to Empire Magazine about the long-delayed superhero film and had something surprising to say about the many delays. All of the drama surrounding the film’s many setbacks isn’t a bad thing according to Lee, as he feels it actually helped the film, rather than hinder it. “In […]