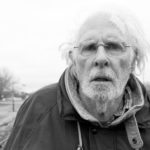 Twice Oscar nominated actor Bruce Dern (Coming Home, Nebraska) has signed on to star in the upcoming action/thriller Asphalt Jungle. The film will be directed by Minh Collins (Hit List) and features a cast that includes Gianni Capaldi (The Shadow Within), Laura Wiggins (Shameless) and Alicia Agneson (Vikings).  It is produced by Al Bravo Studios. […]