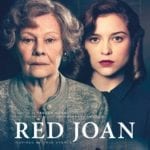 Remainder, 2015. Directed by Omer Fast. Starring Tom Sturridge, Cush Jumbo, Ed Speleers, Arsher Ali, Shaun Prendergast and Laurence Spellman. SYNOPSIS: A London man attempts to reconstruct his memory after being struck by a falling object. Memory. 1. The faculty by which the mind stores and remembers information. 2. Something remembered from the past. 3. A […]