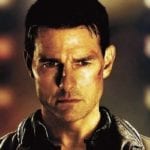 Amazon Studios announced at their TCA presentation that they have given a series order to the Jack Reacher television series with Paramount Television Studios and Skydance Television. As revealed last summer, the series will be headed by Nick Santora (Prison Break), who will showrun, write and executive produce the series. Jack Reacher will be based upon […]

Despite the fact he’s now 57 years of age, Tom Cruise shows no signs of slowing down, with the Hollywood star following up last year’s acclaimed action epic Mission: Impossible – Fallout by getting back in the cockpit for Top Gun: Maverick before reprising his role as Ethan Hunt to shoot a further two Mission: […]

Although 2012’s Jack Reacher and its 2016 sequel Jack Reacher: Never Go Back both performed well enough at the box office, grossing over $380 million worldwide, author Lee Child has revealed to the BBC that that he has pulled the plug on the movie franchise and is instead looking to produce a rebooted Jack Reacher TV […]