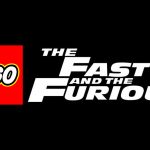 With Universal Pictures launching the marketing campaign for the latest instalment in the blockbuster movie series, The LEGO Group has announced a new partnership with the Fast & Furious franchise, which will launch with a new LEGO Technic set based upon the hit films (rumoured to be Brian O’Conner’s 1995 Mitsubishi Eclipse GS from 2001’s […]