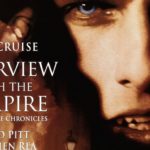 The further adventures of Anne Rice’s vampiric creations have been stuck in production purgatory since the 2002 stinker, Queen of the Damned, and only this past May Bryan Fuller added the proposed small screen adaptation to his ever-growing list of departed TV projects. Well now there’s some better news for Paramount Television and Anonymous Content, who […]