A few days ago it was reported that Luc Besson’s production company EuropaCorp is rejigging its strategy as a result of record losses over the past financial year, with EuropaCorp CEO Marc Shmuger also revealing that Besson is developing a sequel to the Scarlett Johansson-headlined action thriller Lucy, and has already turned in a script. […] 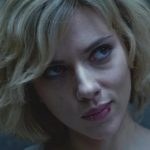 In the run up to the release of Valerian and the City of a Thousand Planets, filmmaker Luc Besson revealed that he was already working on the script for a THIRD instalment. However, with the sci-fi epic failing to set the box office alight, and Besson’s EuropaCorp posting record losses of $135 million over the […]

Paris-based production company EuropaCorp has announced at CineEurope that it is currently developing a sequel to last year’s hit action film Lucy. Written and directed by Luc Besson, Lucy starred Scarlett Johansson as a reluctant drug mile who acquires extraordinary abilities after absorbing a volatile experimental drug and sets out for revenge. Produced on a […]