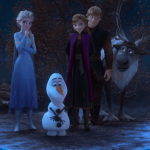 Despite Frozen 2 being the highest-grossing animated film of all time, the film’s director of story Marc Smith says there haven’t been any discussions regarding a third instalment in the franchise. In a recent interview with Collider, Smith admitted that it could be a while before talks about Frozen 3 were to happen as the second instalment is […]