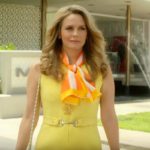 Netflix and Walden Media have announced that Alicia Silverstone (Clueless, American Woman) and Mark Feuerstein (Royal Pains) have been cast in the upcoming live-action series The Baby-Sitters Club, where they will play Elizabeth Thomas-Brewer and Watson Brewer respectively. Based on Ann M. Martin’s best-selling book series, The Baby-Sitters Club is described as a contemporary original […]

Fox’s Prison Break revival is starting to get its cast together, with Deadline revealing that Mark Feuerstein (Royal Pains) has signed on to appear alongside the returning Wentworth Miller and Dominic Purcell in the upcoming event series. Feuerstein will play Scott Ness, a Professor of Economics at Cornell; he is described as a “rather anxious […]