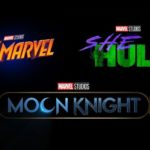 Just in case the wealth of Marvel Studios announcements at the San Diego Comic-Con weren’t enough to convince Marvel fans to stump up for a subscription to the Disney+ streaming service, the Mouse House has now announced a further three live-action Marvel Cinematic Universe shows during yesterday’s big showcase at the D23 Expo. Prior to […]