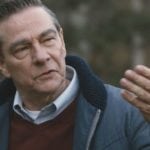 The Mr. Rogers film You Are My Friend starring Tom Hanks has just gained Chris Cooper (Coming Through The Rye) in the project, according to Variety. He’ll star alongside Hanks and Mathew Rhys (The Americans) in the Marielle Heller-directed film. You Are My Friend is inspired by a real-life friendship between Fred Rogers (Hanks) and award-winning journalist Tom Junod […]