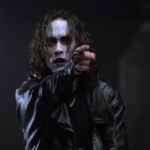 Prolific American actor Michael Massee has passed away aged 61, his agency Greene & Associates has confirmed. EW is reporting that he died on October 20th after a battle with cancer. Massee amassed almost 80 screen credits in his career, including roles in Seven, The Game, Lost Highway, Catwoman, The Amazing Spider-Man and The Amazing […]