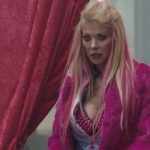 Supple Films has announced that American Pie and Sharknado star Tara Reid has been cast alongside Thomas J. O’Brien (The Confined) and Paul Mormando (Bound By Debt) in Mixxer, a psychological thriller from filmmaker Caster Fagan (Subject a Male). The film will see O’Brien starring as Brian Weiland, an ex-military man who has settled into […]