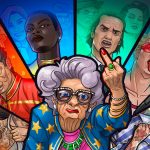 Atari is inviting gamers to run their “legitimate family business” with the upcoming mobile strategy game Mob Empire from developer Nvizzio Creations. In Mob Empire, players assemble a motley crew of goons while expanding their territory, locking down their hard-earned districts, battling it out with rival gangs and settling beef with gang bosses who have it […]