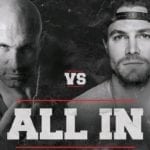 The new era of wrestling is officially upon us! With the first ALL IN now in the books, everything will be different. But it’s just not about the myth of ALL IN as the event itself is something you need to see. Zero Hour Pre-Show: 1. The Briscoe Brothers (Jay Briscoe and Mark Briscoe) vs. […] 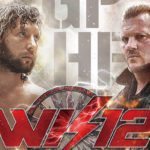 Tom Beasley previews the massive wrestling bout between New Japan Pro Wrestling standout Kenny Omega and WWE legend Chris Jericho at this week’s Wrestle Kingdom 12 event… It’s a match nobody would thought would happen, even right up until the moment it was announced. Chris Jericho, six-time WWE world champion and wrestling legend, had been […]