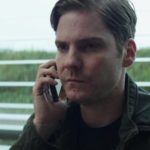 Rush and Captain America: Civil War star Daniel Bruhl is set to make his feature directorial debut on Next Door, a German-language comedy which is being produced through the actor’s own company Amusement Park Films. According to Deadline, the film “will explore the subjects of gentrification and social inequality in Berlin”, although specific plot details […]