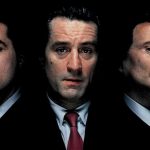 THR is reporting that The Sopranos writer and executive produce and Boardwalk Empire creator Terence Winter is teaming with Goodfellas and Casino screenwriter Nicholas Pileggi for a new mob drama series for Showtime. As per the trade, Winter will write the as-yet-untitled series, “which is based on Pileggi’s in-depth chronology of organized crime in America, […]