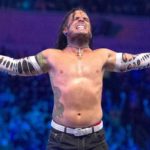 Liam Hoofe with a round-up of the latest wrestling news… New Championship to be Revealed Nxt has been in need of a mid-card title belt for some time now, and during last night’s NXT tapings, William Regal announced that the brand would introduce the North American Championship at NXT Takeover: New Orleans. The first ever […]