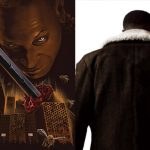 Tom Jolliffe looks at the original Candyman and the new Nia DaCosta directed reboot/sequel. Which reigns supreme? Spoilers follow… In the early 1990s, maybe a year or two after the release of Bernard Rose’s hit horror classic Candyman, I watched as a preteen who had already become well versed in the kind of horror films […]