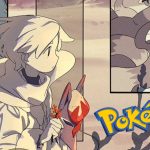 The Pokemon Company has announced that it is set to take fans a new adventure in the ancient Hisui region of the Pokémon world this May with the arrival of the limited web series Pokémon: Hisuian Snow. Originally explored in the Pokémon Legends: Arceus video game, the Hisui region represents the Sinnoh of old, before […]