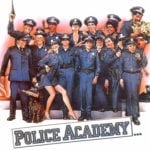 Steve Guttenberg’s last outing with the Police Academy franchise was way back in 1987 with Police Academy 4: Citizens on Patrol.  The final instalment for the ramshackle collection of police officers was part 7’s Mission to Moscow in 1994. Now it appears that not only will the hugely popular series return, but if you’re to believe the Twitter account […]