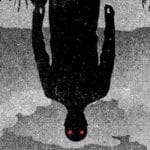 Ben Mendelsohn (Captain Marvel) has joined HBO’s adaptation of Stephen King’s novel The Outsider. The series was created by Richard Price (The Night Of), who has also written the script, and Jack Bender (Mr. Mercedes). Mendelsohn will executive produce alongside Price and Jason Bateman (Ozark). The Outsider follows a seemingly straightforward investigation into the gruesome murder of […]