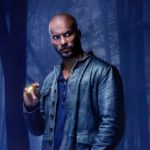 Green Lantern Corps is one of those DC projects like The Flash and Cyborg that were initially announced as part of the DC Extended Universe slate, but have since found themselves languishing in development hell in the years following. Originally slated for release in July 2020 – a date which now looks impossible to meet […] 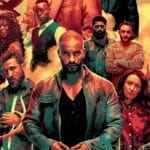 Though it has faced some pretty tumultuous behind-the-scenes events with the loss of its showrunners two years in a row, Starz’s American Gods is likely to return for a third season. The news comes from Deadline after the site spoke with someone close to the show’s production. Though it is far from a certainly yet, Deadline’s source […] 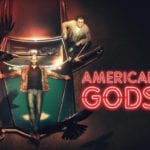 Though it has had quite a bit of tension behind the scenes, American Gods is set to make its return in the first few months of 2019. To build anticipation for its return, Starz has released the first three minutes from the second season premiere via the show’s Twitter account. Picking up from the events of the […] 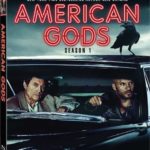 Ricky Church reviews American Gods season one… For many years, Neil Gaiman’s novel American Gods was thought to be unfilmable. It was felt the novel was too grandiose for the big screen, with too many characters and too much story to fit into one 2-hour or 2-hour plus film. Almost 20 years later, Michael Green and Bryan […]

In a bit of surprising news, Bryan Fuller and Michael Green are leaving Starz’s American Gods as the series’ showrunners. They will no longer be part of the show  going forward despite its active development for the second season. American Gods premiered on Starz earlier this Spring and earned a quick renewal after it became a ratings hit. The […]

Its only been on the air for two weeks, but it seems that has been enough Starz long to decide on the future of American Gods as the network has renewed the series for a second season which will air next year. “Bryan Fuller, Michael Green and Neil Gaiman have evolved the art form of television narratively, […]

Earlier this week we brought you a batch of character posters for American Gods [check them out here], and now with just a month to go until the hotly-anticipated adaptation of Neil Gaiman’s 2001 novel premieres, Starz has released a new trailer and opening title sequence for the series along with two character promos for Shadow […]

With only a month and a half to go until its premiere, Starz has released a new trailer for American Gods. The series, adapted from Neil Gaiman’s 2001 novel, is developed by Hannibal‘s Bryan Fuller with Michael Green, and stars Ricky Whittle, Ian McShane, Emily Browning, Gillian Anderson, Crispin Glover, Peter Stormare and Orlando Jones. Watch the […]

STARZ had a panel for their upcoming series American Gods based on Neil Gaiman’s novel at the San Diego Comic-Con yesterday, and have now released the first trailer; watch it below and let us know what you think… American Gods features a cast that includes Ricky Whittle as Shadow Moon, Ian McShane as Mr. Wednesday, Emily Browning as Laura Moon, […]

For the past several months Starz’s adaptation of Neil Gaiman’s fantasy novel American Gods has been picking up a lot of steam, casting The 100’s Ricky Whittle and Deadwood’s Ian McShane in the two lead roles of Shadow Moon and Mr. Wednesday respectively. Now comes word that American Gods has started shooting its 10 episode […]