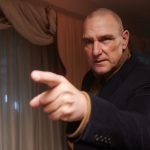 Signature Entertainment has released a first look clip from Rise of the Footsoldier: Origins, the latest instalment in the British crime thriller series, which features Vinnie Jones as fearsome doorman and hardman Bernard O’Mahoney; check it out here… When a down-on-his-luck Tony Tucker lands a job as a nightclub doorman after saving the owner’s grandson, […] 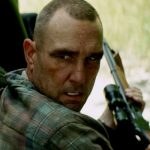 Hardman actor Vinnie Jones has signed on for a role in Rise of the Footsoldier: Origins, the fifth instalment in the British crime thriller series, ahead of principal photography this October. Jones is set to portray Bernard O’Mahoney, an associate of Essex Boys member Tony Tucker, once again played by Terry Stone who returns to […]

Following on from the release of the sequel last month, it has now been revealed that a prequel to the cult crime thriller Rise of the Footsoldier is in development, with Craig Fairbrass revealing the news during an appearance on the London Live sports series Jimmy Bullard Kicks Off. “They are doing another one, they’ve […]

Carnaby International and Signature Entertainment have released a poster and trailer for Rise of the Footsoldier Part II, the follow-up to the cult 2007 British crime thriller; check them out here… On the 6th December 1995, three Essex gang members were brutally murdered in cold blood. It’s now early 1997 and whoever killed the three […]