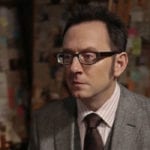 Its only halfway through its first season, but CBS All Access has already renewed The Good Fight for a second season. Rather than premiere in the fall, the second season will instead start early 2018, much like its inaugural season. Marc Debvoise, CBS’ President and COO of CBS Interactive, put out a statement about the renewal: “We’re […]