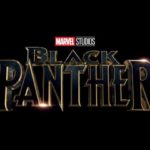 Ruth E. Carter has worked in the film industry for over three decades as a costume designer, with more than forty films on her resume.  She has garnered two Oscar nominations for Best Costume Design for Spike Lee’s Malcolm X and Steven Spielberg’s Amistad as well as an Emmy nomination for the reboot of Roots. […]