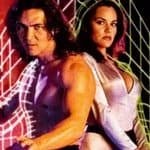 Tom Jolliffe looks back at the wave of straight to video Virtual Reality films that followed in the wake of The Lawnmower Man in the mid to late ’90s… The idea of virtual reality worlds has been something of a sci-fi staple for many decades. Cronenberg toyed with the concept in Videodrome. Philip K Dick’s […]