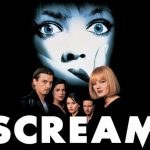 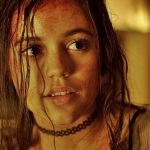 With the upcoming fifth instalment in the Scream franchise set to begin filming this month, one of the newest members to the cast has shared her thoughts on the highly-anticipated sequel. During an interview with Entertainment Tonight, actress Jenna Ortega shared that the upcoming film by directors Matt Bettinelli-Olpin and Tyler Gillett will honour the previous […] 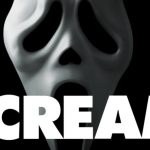 There is yet more Scream casting news this weeks, with Variety reporting that Sonia Ammar, an up-and-coming singer, model and actor, is the latest to join the expanding roster for the upcoming fifth instalment in the Scream franchise – which will mark the 21 year-old’s first significant part in a feature film. The site is also reporting that […] 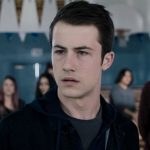 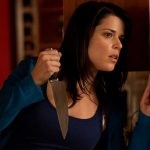 Long time fans of the Scream franchise can breathe easy now, as Bloody Disgusting has confirmed Neve Campbell is coming back for the next movie. After months and months of talks about returning, Campbell is coming back to the role of Sidney Prescott in the upcoming Scream relaunch. In a statement today, filmmakers Radio Silence […] 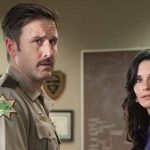 One of the constants from the first four Scream films is David Arquette’s Dewey Riley, Courteney Cox’s Gale Weathers and Neve Campbell’s Sidney Prescott surviving each iteration of Ghostface despite their severe injuries throughout each instalment. Now, in an interview with Hollywood Life, Arquette revealed that he would like to see this trend continue with all of […] 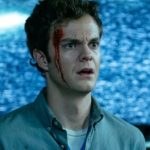 Off the heels of Scream 5‘s announced release date, Variety reports the film has added Jack Quaid to the cast. Ready or Not directors Matt Bettinelli-Olpin and Tyler Gillett will serve as the directors of the project. Courteney Cox and David Arquette will reprise their roles as reporter Gail Weathers and former deputy Dewey Riley while newcomers Jenna […]

The 90s slasher franchise and Wes Craven-creation Scream is set to make its return for another round of phone calls and slashing, and while the cast is still building it looks like Paramount and the filmmakers have set a release date for January 14, 2022, as revealed by the official Twitter account: While many may […] 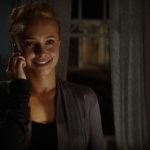 One of the best new characters introduced in Scream 4 was Kirby Reed, played by Hayden Panettiere, and it seems like one star would be pleased to see her return for the next instalment. In an interview with Hollywood Life, Scream star David Arquette said that he’d love to see Panettiere’s Kirby make a comeback for […] 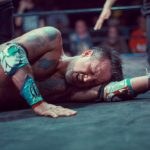 Robert Kojder chats with David Arquette about the new documentary You Cannot Kill David Arquette… On April 26, 2000, actor David Arquette got inside of a professional wrestling ring for real (while promoting the film Ready to Rumble) where questionable writing booked him to win the WCW Championship. Ever since David Arquette has been seen […]