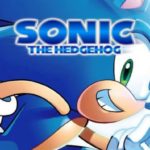 Paramount has found its voice for its lead hero in the Sonic The Hedgehog feature film. Variety has reported Ben Schwartz (House of Lies) has been cast to portray Sonic in the live-action/animation hybrid. He joins the previously cast Jim Carrey, James Marsden, Tika Sumpter and Natasha Rothwell in the film from director Jeff Fowler with Deadpool‘s Tim […]

Emma Withington reports from the LEGO Dimensions Autumn launch event and explores what’s new for LEGO Dimensions in year two… This week I was sent to the Warner Bros. Harry Potter Studio Tour to try out the next wave of starter packs for LEGO Dimensions, kicking off with Wave 6 in September which includes: Ghostbusters, […]