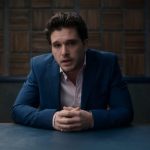 Netflix has released a trailer for the second season of its police procedural anthology series Criminal. The upcoming season sees Game of Thrones‘ Kit Harrington as a suspect in a new set of mysteries. Watch the trailer below… Criminal follows a new take on the police procedural formula as it focuses entirely on the interrogation process between the investigators […]