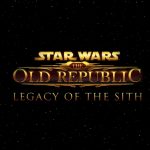 Lucasfilm and BioWare have announced that they will mark the upcoming tenth anniversary of the critically acclaimed Star Wars: The Old Republic with a brand new major expansion for the critically acclaimed MMORPG entitled Legacy of the Sith. Check out the official livestream video reveal here… As revealed by the official Star Wars website, Legacy […]