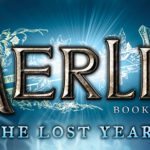 It seems Ridley Scott may be following up All the Money in the World with a foray into the fantasy genre. Variety has reported Scott is in talks with Disney to direct The Merlin Saga, a film based on the book series by T.A. Barron about the powerful wizard who would later mentor King Arthur. Scott […]