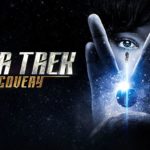 The cast and crew of the television show, Star Trek: Discovery, were on hand at WonderCon to present a panel on the making of the show.  Afterwards, they did roundtable interviews with the press, including Flickering Myth’s Tai Freligh.  He spoke to several of the cast and crew and even got a little mini-scoop from […]