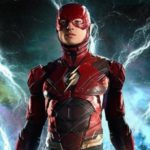 During last year’s San Diego Comic-Con, it was announced that Warner Bros. had decided to switch up its plans for The Flash solo movie with an adaptation of Flashpoint, a comic book arc which sees Barry Allen waking up in a vastly altered DC universe. While Warner’s DC plans have been in flux following the […]