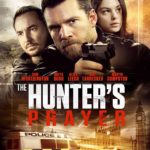 Thanks to Signature Entertainment, we’ve got an exclusive clip from the action thriller The Hunter’s Prayer, which sees Sam Worthington leading a cast that includes Odeya Rush, Martin Compston, Allen Leech and Amy Landecker. Check it out below or watch it on our YouTube channel here… Lucas, (Sam Worthington; Hacksaw Ridge, Sabotage) is a solitary […]

david j. moore chats with filmmaker Jonathan Mostow… Filmmaker Jonathan Mostow has been making some incredibly entertaining films since his early days, directing such made-for TV movies as Flight of Black Eagle, but it was his film Breakdown, starring Kurt Russell and J.T. Walsh that really put him on the map. Following that success, Mostow wrote […]

Two clips have arrived online from the upcoming action thriller The Hunter’s Prayer, which is directed by Jonathan Mostow and stars Sam Worthington, Odeya Rush, Allen Leech, Amy Landecker, Martin Compston, and Veronica Echegui; watch them below after the official synopsis… When an assassin’s conscience gets the better of him, he finds himself defying orders and instead protecting […]

With just a month to go until its theatrical release, a poster and trailer have arrived online for director Jonathan Mostow’s upcoming action thriller The Hunter’s Prayer which stars Sam Worthington, Odeya Rush, Allen Leech, Amy Landecker, Martin Compston, and Veronica Echegui; take a look below… When an assassin’s conscience gets the better of him, […]