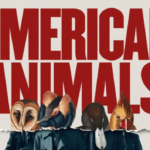 Harrison Abbott chats with American Animals director Bart Layton… Occupying a fascinating middle ground between documentary and – for lack of a better term – ‘’traditional cinema’’, American Animals was one of 2018’s most idiosyncratic movies. And also one of its best.  For context, the film chronicles a botched heist from 2003, in which four […]