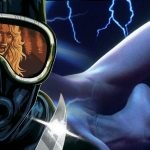 Tom Jolliffe offers up essential films that were overlooked at the time, or have been forgotten in the years since release… Sometimes for whatever reason a film doesn’t strike a wide audience. It may just get released in the wrong era, or take a while to regain a cult following. Some films in retrospect end […]