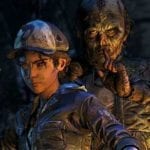 The final episode in the fourth season of the Telltale’s The Walking Dead episodic series is now available on Nintendo Switch, PlayStation 4, Xbox One and PC through the Epic Store. The Walking Dead: The Final Season’s second half was actually developed by Skybound Entertainment after the original developers, TellTale, closed in 2018 due to […]

On the eve of San Diego Comic-Con International, Telltale Games has just dropped a rather major announcement on its next three titles – Batman: The Enemy Within, The Walking Dead: The Final Season and The Wolf Among Us 2! In this latest chapter, both Bruce Wayne and Batman will be forced into precarious new roles. […]