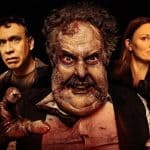 We chat with composer Mikel Hurwitz about his score for the new horror-comedy Too Late… The wait is finally over. After making its world premiere at the Seattle International Film Festival in April, Gravitas Ventures is now releasing Too Late in select theaters and digital platforms on June 25th. Directed by D.W. Thomas, the horror […]

Making its World Premiere at the forthcoming Seattle International Film Festival is Too Late, a horror-comedy set in the world of stand-up, which features an ensemble of comedy actors including Fred Armisen (SNL), Ron Lynch (Bob’s Burgers), and Mary Lynn Rajskub (It’s Always Sunny in Philadelphia), and you can watch the trailer below… Helmed by […]