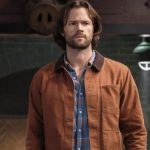 UPDATE: It has now been announced that The CW has snapped up the Walker, Texas Ranger reboot, with the network set to reunite with Jared Padalecki following the end of Supernatural after its fifteen season run. Original story follows… Deadline is reporting that Supernatural star Jared Padalecki has signed on to lead the cast of […]