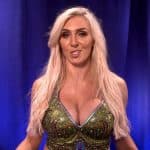 Deadline is reporting that WWE Superstar Charlotte Flair is set to lead the cast of Walking Tall, a new TV adaptation of the 1973 feature film which is being developed by David Eick (Battlestar Galactica) for USA Network. Flair, the daughter of the legendary Ric Flair, will lead the cast of the reboot as “a […]