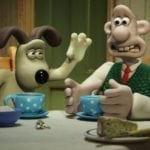 Aardman Animation’s latest feature film Early Man received its home entertainment release in the UK this week, director Nick Park has been chatting about the film, as well as teasing the possibility of further adventures for his beloved characters Wallace and Gromit. “I always miss Wallace and Gromit, they’re kind of part of my DNA […]