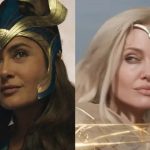 Deadline is reporting that Salma Hayek is set to reunite with her Eternals co-star Angelina Jolie as she takes on a role in the latter’s new directorial offering Without Blood. An adaptation of Alessandro Baricco’s bestselling novel, Without Blood is described as “a fable set in the aftermath of an unidentified conflict in a farmhouse […] 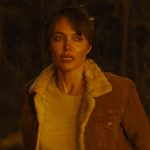 Having first been linked to the project back in 2017, Angelina Jolie is now set to move forward with her next directorial project Without Blood, with the Oscar-winner set to direct the film as part of a new deal with Fremantle. Jolie, whose previous directing credits include In the Land of Blood and Honey and […]

Actress Angelina Jolie who doesn’t frequent Hollywood sets as much as she once did is reportedly considering taking up a sequel – a follow up to her 2014 Disney film Maleficent. According to the Hollywood Reporter, the actress and director is planning a return to high profile acting choices and is keenly considering a sequel to […]