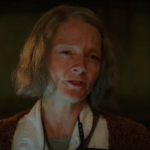 Deadline is reporting that Jodie Foster has signed on to direct, produce and star in an English-language remake of the eco-thriller Woman at War, which is Iceland’s official submission for the Best Foreign Language Film at the 91st Academy Awards. The film follows “a genial middle-aged music teacher hiding a secret life as an outlaw […]