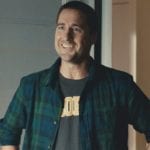 As filming on Zombieland 2: Double Tap continues, Variety is reporting that Luke Wilson has become the latest addition to the cast of the long-awaited sequel tot he hit 2009 horror-comedy. Details on Wilson’s role are being kept under wraps, but the actor joins returning stars Woody Harrelson (Tallahassee), Jesse Eisenberg (Columbus), Emma Stone (Wichita) […] 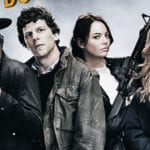 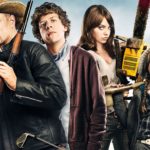 With production on Zombieland 2 getting underway this month, some alleged plot details have surfaced online via SuperBroMovies, which may give us the inside scoop on what Tallahassee, Columbus, Wichita and Little Rock will be up to in the sequel to the hit 2009 zombie comedy. According to the site’s report: Zombieland 2 will follow the charismatic […] 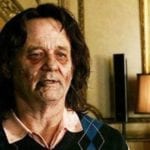 If a report from Geeks Worldwide is to be believed, Bill Murray is set to return for the upcoming horror-comedy sequel Zombieland 2, and he’ll be joined by his Ghostbusters co-star Dan Aykroyd. According to the site, Murray and Aykroyd are currently in talks to play fictional versions of themselves – and given the events […]

With the hotly-anticipated Zombieland 2 gearing up to go into production in January, it has been announced that Avan Jogia (Victorious, Now Apocalypse) has become the latest addition to the horror-comedy sequel. According to Deadline, Jogia will play Berkeley, who is described as “the epitome of the bad boy musician that you would hate for […]

As pre-production continues for Zombieland 2, we have our first word of additional casting for the film. Zoey Deutch (Before I Fall) will be starring alongside the original cast of Woody Harrelson, Jesse Eisenberg, Emma Stone and Abigail Breslin with Ruben Fleischer returning to the director’s chair. Deutch will reportedly portray a love interest to Eisenberg’s […] 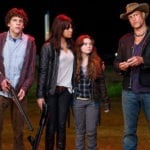 Back in May, Zombieland screenwriters Rhett Reese and Paul Wernick revealed that they hoped the long-rumoured sequel to the 2009 comedy-horror would make it into cinemas in 2019, and now the project has just taken a major step towards achieving that goal. Variety is reporting that Emma Stone, Woody Harrelson, Jesse Eisenberg and Abigail Breslin are […]

After several years of rumours, it was confirmed last year that a sequel to 2009’s Zombieland would be happening, and that screenwriters Rhett Reese and Paul Wernick had completed the script for the follow-up to Ruben Fleischer’s cult zom-com. Well, out and about on the press tour for their latest film Deadpool 2, Reese and […]