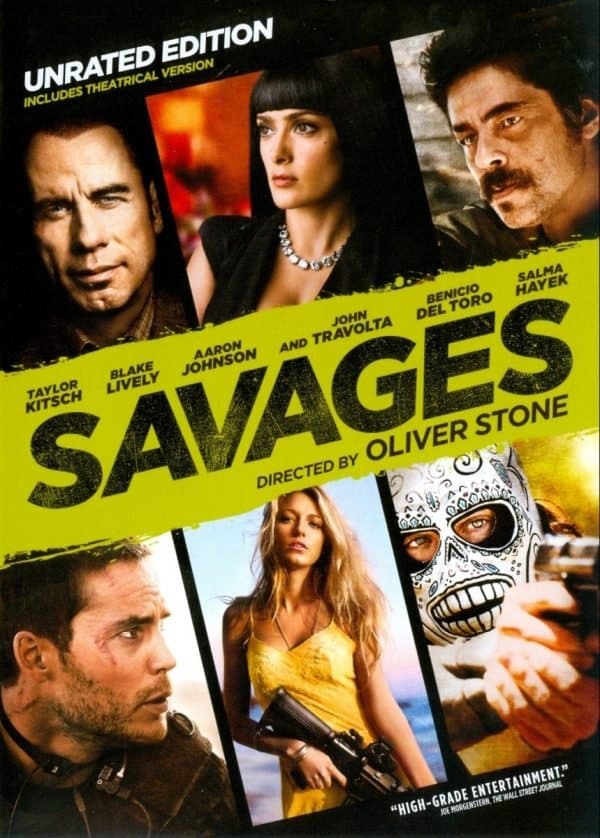 Ben (Johnson), John (Kitsch) and O (Lively) all live free and easy thanks to a thriving cannabis business. After reaping the benefits of fruitful dealings they finally decide to head off to a foreign country to live life off the grid. However, a drug lord named Elena (Hayek) thinks it’s better to keep Ben and John around town and use their expertise and networks and holds O hostage to make sure they keep their feet firmly planted in California. It’s now up to Ben and John to do everything in their power to get O back and settle the score with the ruthless drug baroness. 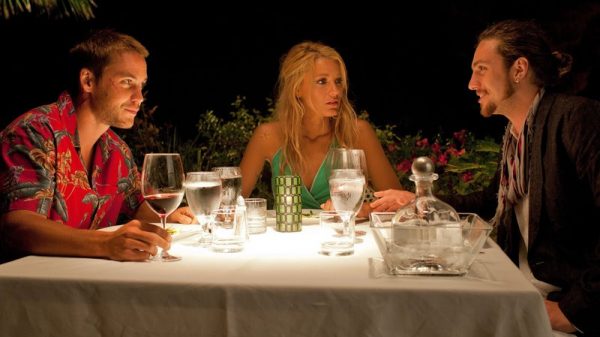 At one point in Savages a character discusses the subject of motivation; he claims, “Like with everybody – there’s an incentive.” Incentive is a word that best describes Oliver Stone’s directing career thus far, as nearly all of his films offer a particular point of view or revolve around a chosen agenda. Stone is always imploring the audiences to think about matters he views as important and Savages is no different. This time around the controversial filmmaker focuses on the highs (no pun intended) and lows of the cannabis trade.

There have been a plentiful – some may argue a superfluous – amount of films about drug trafficking in recent years. Furthermore, with television continually chronicling the issue (though few can complain about the standard of something like The Wire or Breaking Bad) what more is there to say about it in popular entertainment? Stone financed this film with the intention of providing more feedback and opinion on the already vast subject. The director has been an advocate of the drug for decades and his particular spin on weed does not always do him favours. Whilst he sets up a story around a ménage-a-trois of drug-users and purports this image as a divine existence, the dangers that those three face does obscure Stone’s vision of pot-puffing your way to paradise. 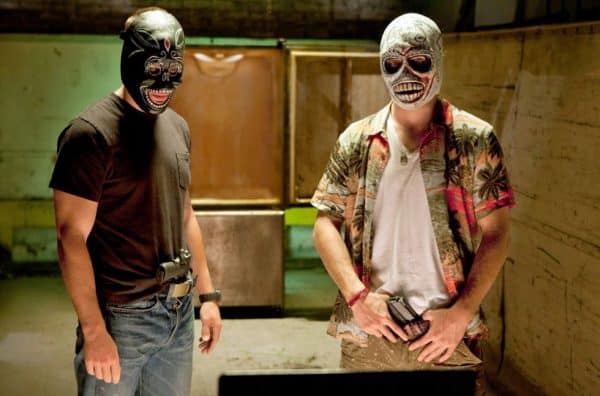 By the end of the film the morals and messages have be distorted in such a way you almost wonder if Stone’s inability to stay focused is a result of some ill-effects of years of drug-taking. Tackling the feeling of realism has never been one of Stone’s best assets. Even when he attempts to match the sensation of being high with the aesthetic of the film (perhaps more astutely practiced in Tony Scott’s Domino or Darren Aronofsky’s Requiem for a Dream) he seems incapable of capturing a fitting tone. That has been the issue with many of Stone’s films – the overly-kinetic and jarring editing/shooting technique – but thankfully Savages’ erratic style is less severe. At the points where Stone eases back on flair it really becomes an interesting-looking film.

Cinematographer Daniel Mindel (who incidentally was director of photography on Domino) does provide some quite stunning shots. The visceral atmosphere of Savages is not only aided by Mindel’s work but also by the thunderous sound mixing. Every gunshot and each entry wound are virtually felt due to the amped up volume. The violence is shocking by its own merit (how it got a 15 certificate is a huge wonder) but with a roaring sound design and frightfully realistic make-up and special effects, it almost seems like a snuff movie. 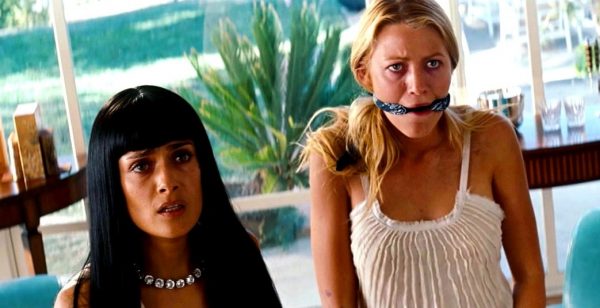 In technical terms, the film is rather impressive. It is because of some laughable dialogue (“wargasm”) and banal character development that deems the film mediocre. One cannot blame the cast for the problems (though Blake Lively always comes across as a bland actor) as it’s the three-tier writing crew that deter any proper character growth. Usually in films the appearance of Benicio Del Toro and occasionally John Travolta would be enough to grab your attention. For Savages both actors are portraying incredibly dull and lifeless characters and their scenes become the most aggravating. Salma Hayek, Aaron Johnson and Taylor Kitsch make the film worth watching; even with Elena, Ben and John having few interesting characteristics, the actors are talented enough to make you forget that.

There are too many incidences in the film where you begin to immerse yourself in the story only to have some tawdry element interrupt it. Stone’s filmography reads like a broken polygraph – indications of peaks in filmmaking and dips of disasters strewn all over the place. Savages lies squarely in the middle; it has more to it than an average popcorn movie (though I found it was in terms of pretentious film theory, and the first ¾ has a lot to offer in that respect), but to compete in the box office these days you require a near-flawless edge which sadly it’s missing.