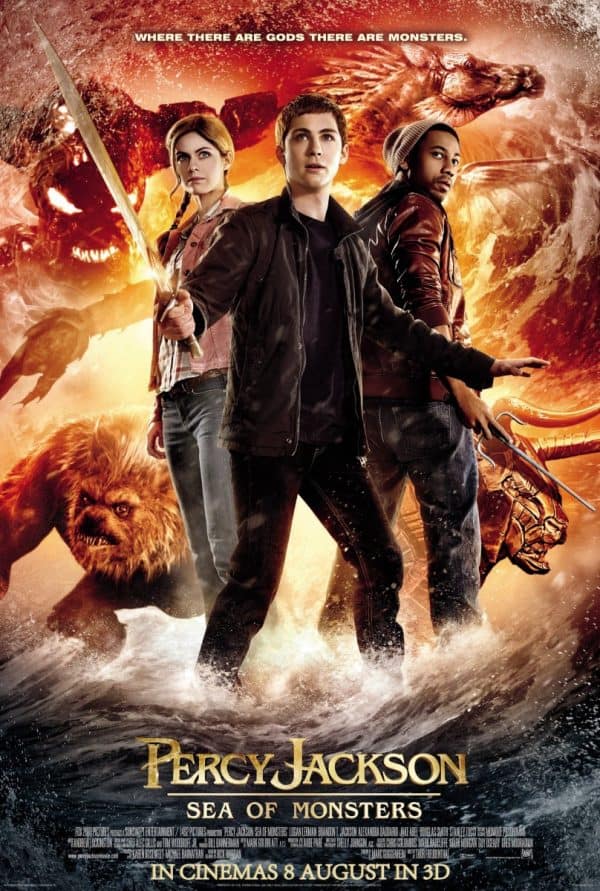 Since the events of the first film, Percy has been filled with doubt about whether he is truly special or if his success in saving Olympus was just a fluke. Now, after the safety of the camp is threatened, he goes on a quest for the Golden Fleece while plagued by the grim tidings of a prophecy and his own insecurities. 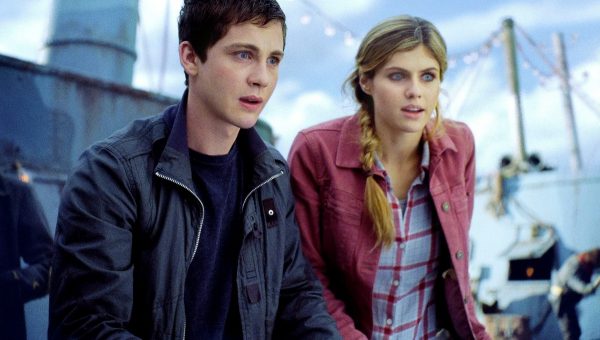 I enjoyed Percy Jackson and The Lightning Thief a lot, so I had high hopes for the sequel. The core cast are back and this time they’re joined by Tyson (played by Douglas Smith, who I remember from Joan of Arcadia). I wouldn’t exactly say he stole the show, but a lot of the humour and warmth came from his character. Nathan Fillion also makes an appearance, and there’s one joke in particular that will delight fans of Firefly. The chemistry between the characters is the main strength of the movie but the film is light on character development and dramatic weight.

The story itself is rather predictable and pedestrian. There aren’t many surprises in store, and sadly this undercuts any drama from the climax. There’s one part that particularly annoyed me, and it seemed like a complete waste of time since the solution was plainly obvious, so it was ripped of even the smallest amount of tension and I found myself rolling my eyes. Furthermore, even though the stakes were high I don’t think the gravity of the situation was well-handled. The adult members of the camp, Mr. D (Stanley Tucci) and Chiron (Anthony Head) didn’t seem particularly concerned so I felt that the story was robbed of any tension. This wasn’t helped by Logan Lerman’s (Percy) performance. He was serviceable in the role, but it didn’t seem like his doubts affected him that much so his character didn’t seem to change much through the course of the film and as a result I found it hard to become invested in his plight. 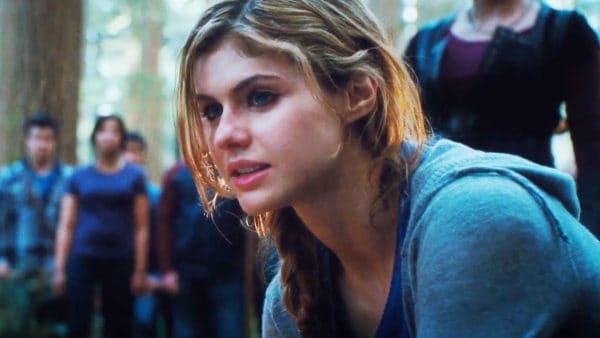 However, that isn’t to say the film is without merit. Along with the chemistry between the cast, the main strength of the film was the visuals. There are a number of action set-pieces in the film and all are dynamic and thrilling. As the title suggests there are monsters in the sea (although not as many as I had hoped, but perhaps I was spoiled a little by Pacific Rim) and the water sequences were very impressive. There’s also a nice animated sequence using a stained-glass design, which made an oft-told tale interesting to watch.

All in all this is a fairly entertaining film because of the visuals, the action and the chemistry of the cast. Although the story is predictable it isn’t horrible, and the ending of the film nicely sets up a third (although whether this franchise warrants another sequel is another question). Fans of the first film will most likely enjoy it as it’s more of the same, and fans of Greek mythology will appreciate how elements from the legends are blended into present-day life, but don’t go in expecting anything special.

Robert D. Spake – Find me on Facebook and Amazon.